For one of the shows (Titanic, autumn semester of 2011 by Var GladSpexarna) I were a technician on, we needed a lit sign where the symbols were changeable by the press of a button. 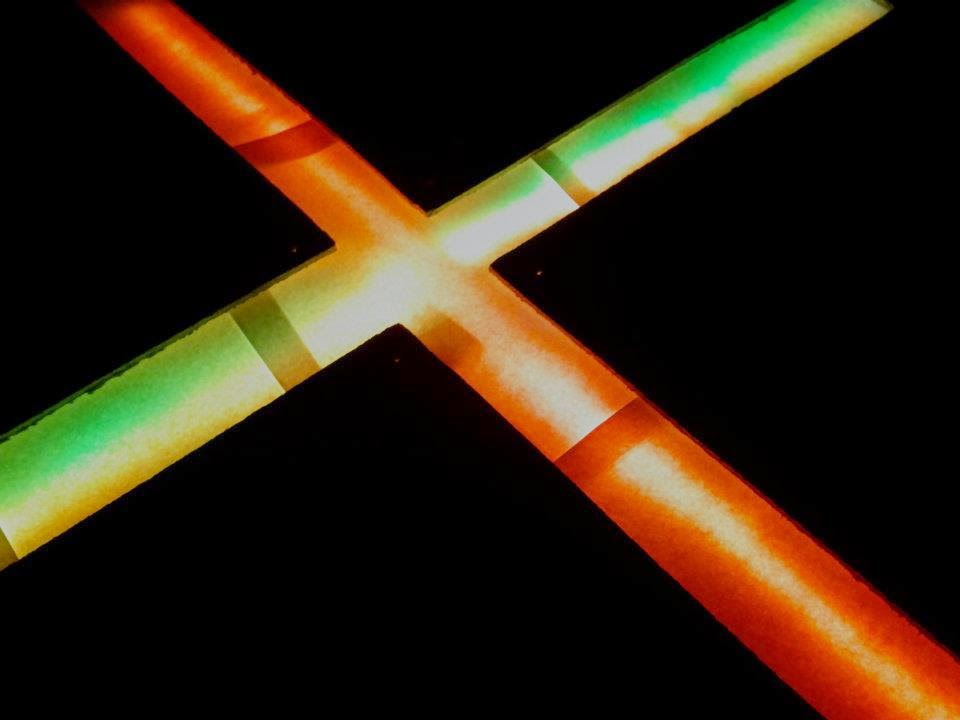 A couple of solutions, among them buying some sort of ropelight (the generic kind that is a tube with wires and little light bulbs/leds in them), were discussed. I was however worried about how one would power the cut up parts of the rope as there were no schematics available as they were not meant for modification. I managed (for good or bad) to convince the group that building our own ledbars would be a better solution, partially because I were likely to be the one responsible for the details of any chosen implementation.

In the end ropelight may have been a cheaper, if not better solution for that specific purpose, partially because I might have overestimated what feature set were desirable (i.e. an on/off switch was good enough, but I wanted to implement full DMX512 control of the sign, for the fun of it, if for no other reason).


The bars turned out nicely though and have later been used in some other projects. I also managed to engage a few other technicians in the construction, some of which did not have any previous electronics or soldering experience. I made the interested ones go through a simple exercise, soldering a led, a resistor and two wires to a board, and upon completion dropped them in the deep end with smt devices. To be fair, the resistor in the exercise/test was smaller than the leds they finally had to work with.


The bars are of a very simple design, sixteen white LEDs (Osram LCW JNSH.PC-BRBT-5L7N-1) were mounted in series on a stripboard together with a 20mA current limiter (Supertex CL2N3). 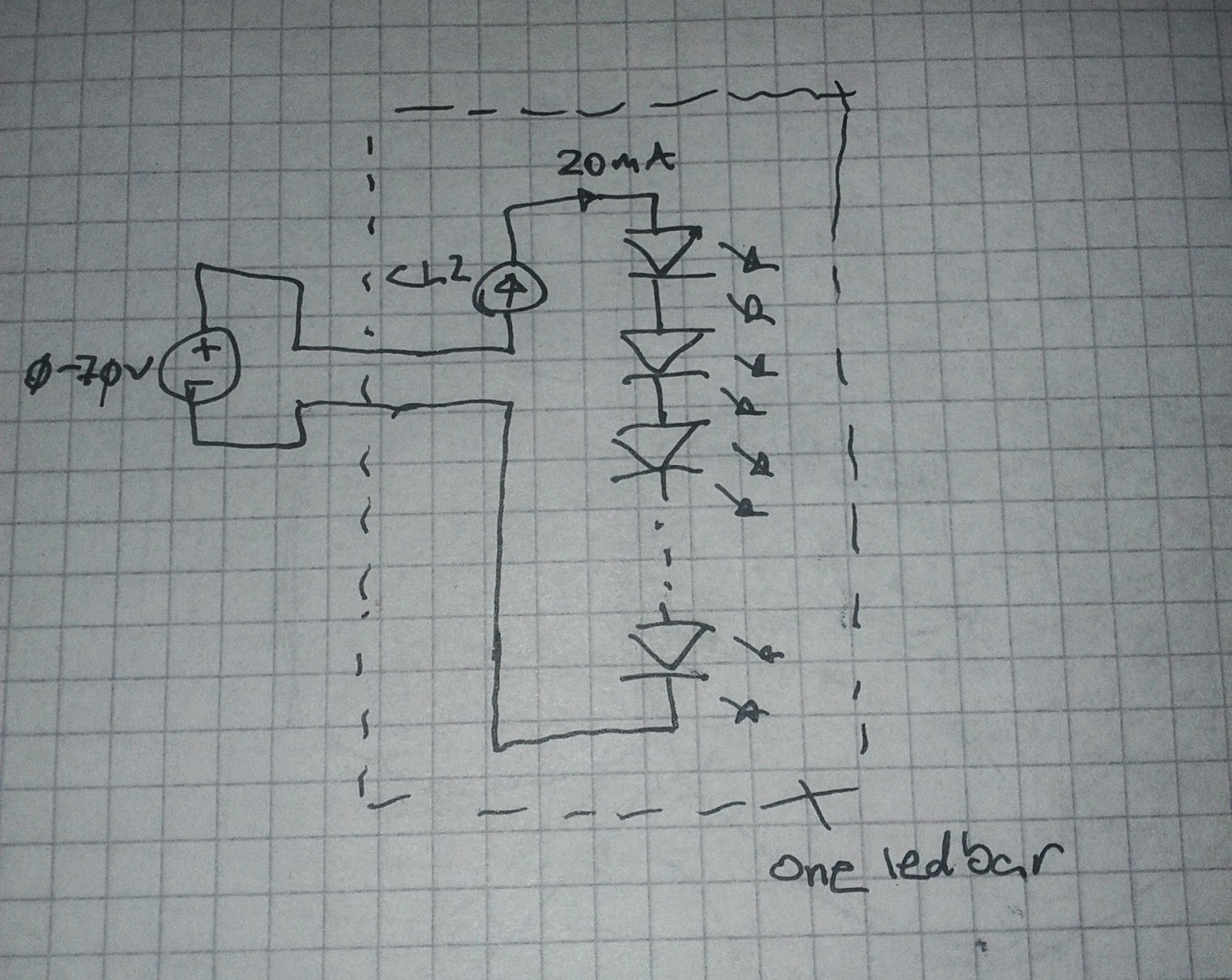 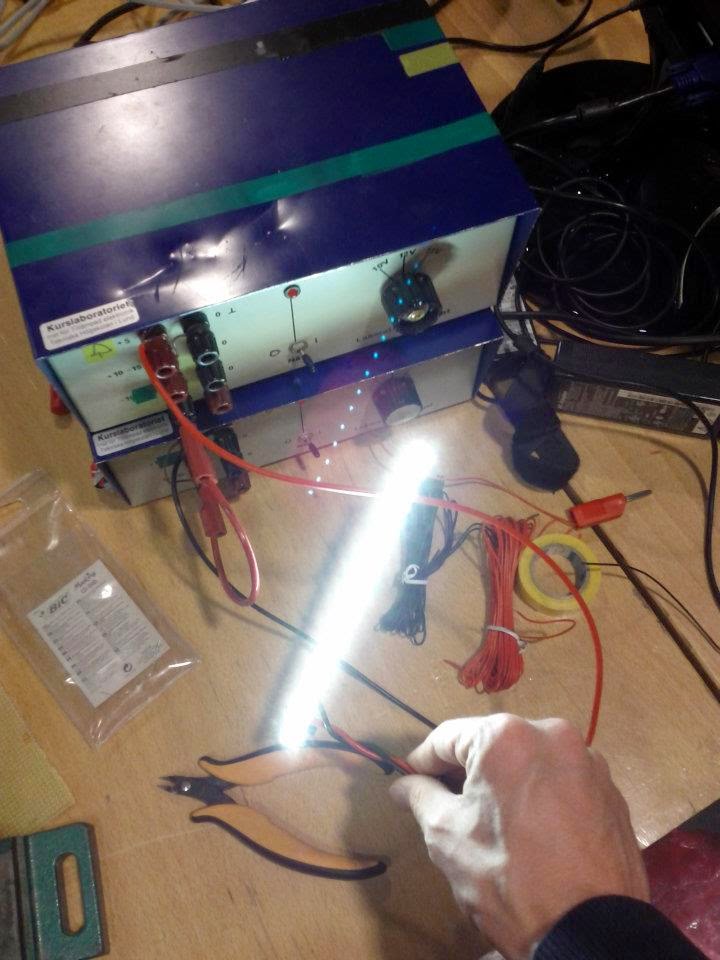 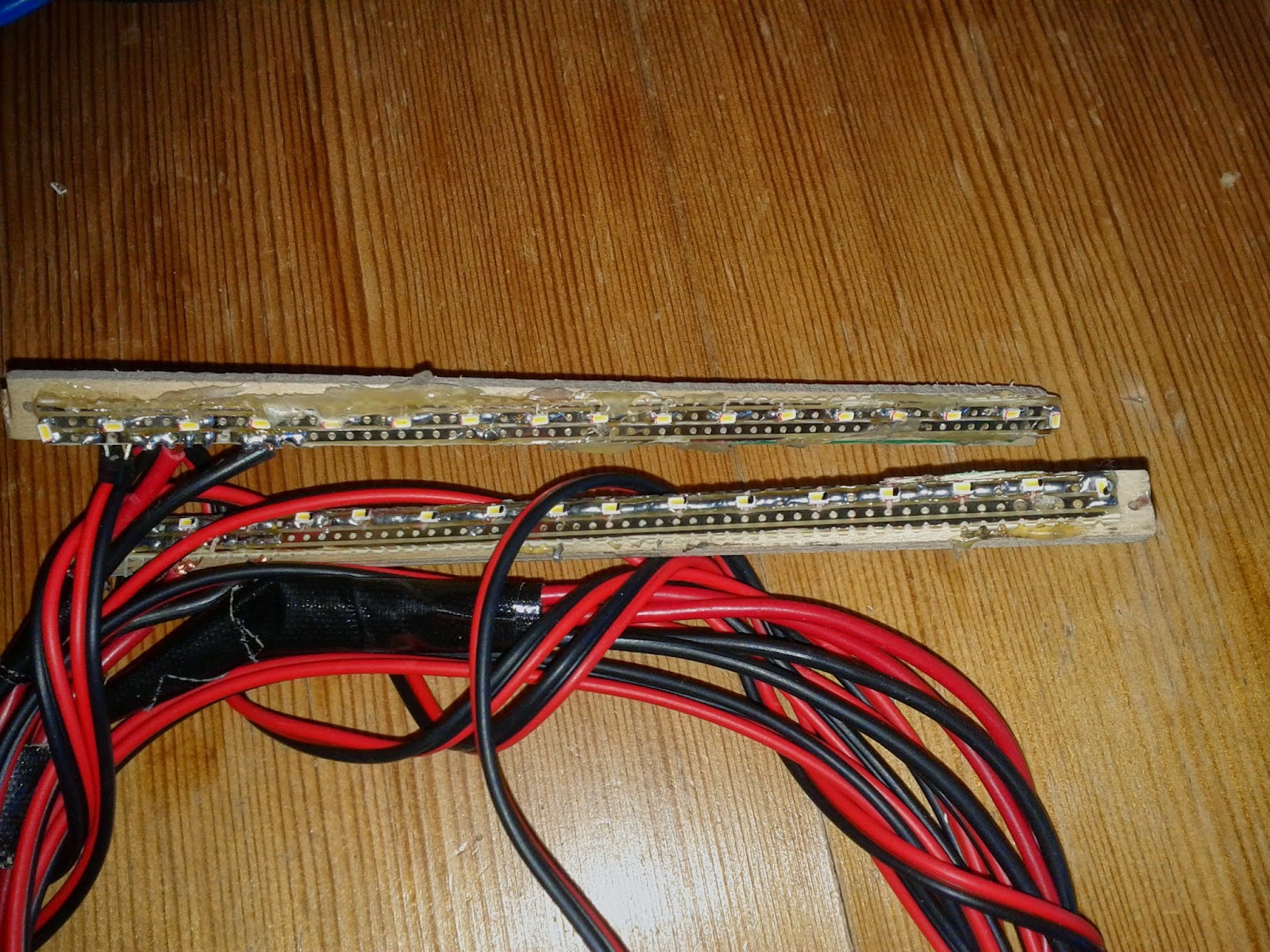 The bars work well and are bright enough to use as desk lights. The whole DMX control thing was scrapped for the sign though, as I managed to miscalculate the collector-emitter voltage drop the switch transistors would have to be able to handle. The resulting hardware malfunction possibly fried the board I used as a DMX512 receiver, which in turn probably had quite a few firmware bugs. Meanwhile time was running low and I did not have neccesary tools for finding the fault(s) readily available, so in the end a simple on/off switch for each symbol was used.

All these problems helped fuel my drive to design a proper DMX512 interface board, which is documented on this site as well.

A downside of having a design with that many leds in series is that they require about 55-70V (depending on the total voltage drop over the LEDs) which is quite unusual. However it was easily solved for the sign implementation by connecting a couple of lab supplies in series. It got a bit more difficult when they were to be used sewn into clothing and had to be mobile. On almost no budget at that. That was solved by connecting a lot of AA batteries in series, which later—unsurprisingly I should add, due to the hackinsh nature of the implementation—failed spectacularly, but that was after they have had served and greatly exceeded their initial purpose. 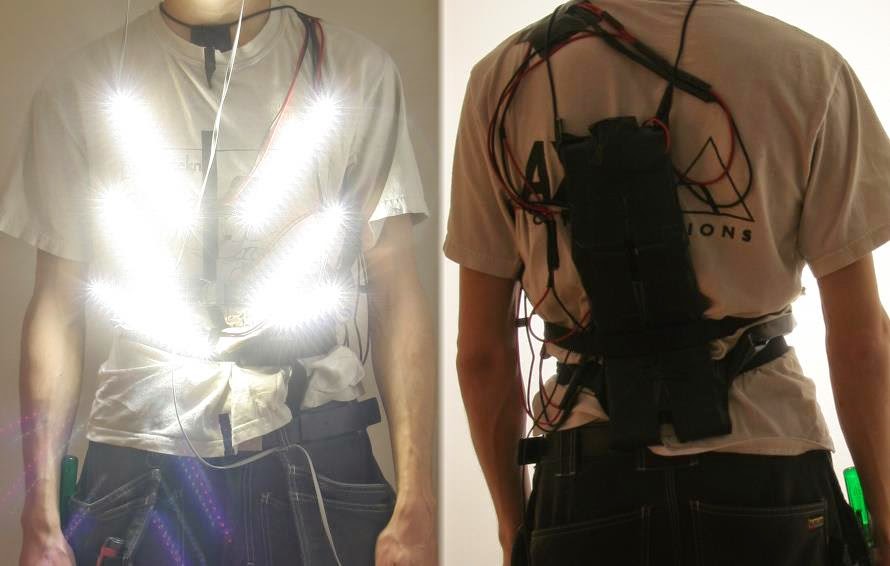 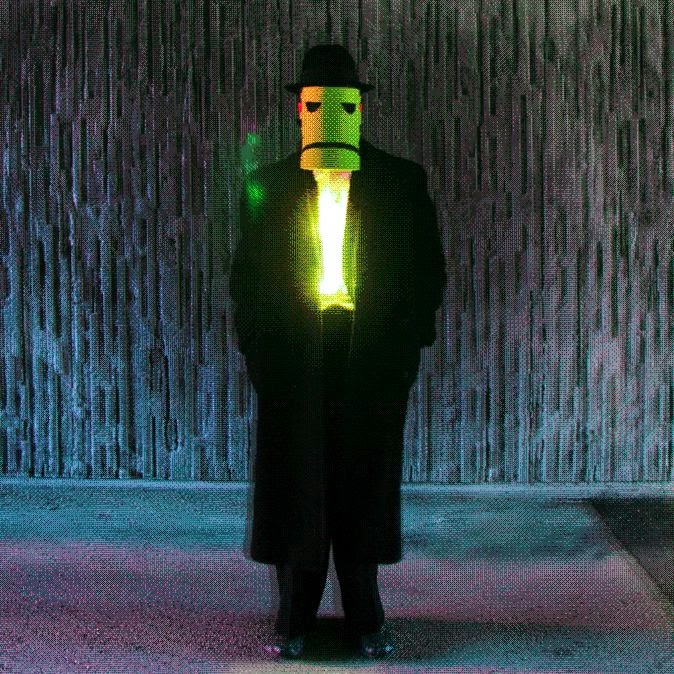